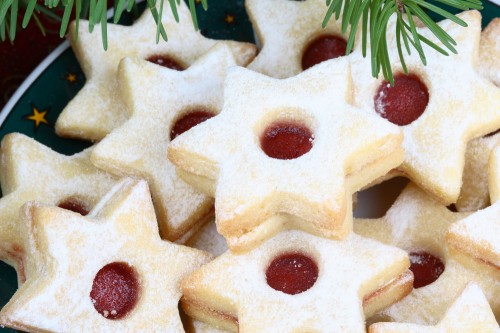 In football jargon, the area within twenty yards of the goal line is called the Red Zone. There is nothing more disheartening to a football fan (and team) than when their team makes it inside the 20 yard line but fumbles the ball away to the other side. Both fans and coaches will go ballistic if their team loses possession from a fumble or an interception inside the 20 – turnovers are never good in football, but when they occur inside the Red Zone, at best it’s a momentum shift; at worst, it can be a game changer.

For our health, the ‘Red Zone’ is the holiday season – the time between Thanksgiving and New Year’s. As it is, the seasonal change from Fall to Winter is hard on our immune system, and it’s the beginning of cold and flu season. Without a doubt, this time of year is made worse by the abundance of unhealthy food choices that overwhelm us during the holidays. From people bringing baked goods and candies into offices to the numerous parties and family celebrations that seem to be anchored around Christmas cookies, pies, and cakes, temptations are all around.

The double … no, triple … no, quadruple whammy This is not an idle threat – not only is sugar bad for our health, but pies, cakes, cookies, and crackers are made with refined flour, which acts just like sugar when digested, and flour comes with inflammation-promoting gluten. So pies and other holiday “treats” create a triple whammy of sugar and refined flour, both of which cause rapid increases in blood glucose levels, resulting in decreased immune function, and finally, some disease-promoting inflammation. And finally, as a quadruple whammy, eating nutrient-poor sweets causes us to not eat (or displaces) the nutrient-dense foods we should be eating for our health in general and the immune system in particular.

Sugar Decreases Immune Function It’s long been known that sugar intake causes decreased immune system function. Studies have shown that the immune system is weakened substantially within minutes of eating refined sugar; the more you eat, the more your body’s insulin response system is compromised. The body’s cell-mediated immunity uses specialized white blood cells called neutrophils to attack tumors, viruses, and bacteria,  and is decreased when there is elevated blood glucose, which is caused by eating refined carbohydrate foods such as sugar and white flour. [Sanchez A, et al. Roles of sugars in human neutrophilic phagocytosis. Amer J Clin Nutr 1973; 26:1180-1184. (view article)].  What’s more, not only are we more susceptible to getting colds and flu, even our body’s ability to fight cancer is compromised when we eat sugar. [Ely JTA, Krone CA Controlling Hyperglycemia as an Adjunct to Cancer Therapy. Integrative Cancer Therapies 2005; 4(1): 25-31. (view article)]

Don’t Fumble – Hold Onto the Ball So, how does one avoid the temptation of all those seemingly “yummy” foods that we’ve grown up with? First, we must own up to the fact that “a little won’t hurt” is a lie – sugary foods will hurt your body, and the more you indulge, the more it hurts your body – yes, it’s cumulative (in case you were wondering, that’s how people end up overweight, with heart disease, diabetes, and cancer). Second, if the temptation is at the office where holiday cookies, cakes, candy canes, etc. are everywhere, pack nutritious snacks and lunches to take to work – if you have strong fall back foods, you’ll be less likely to indulge. Third, if you’re headed to an office Christmas party or some other holiday celebration where you know there are going to be ample opportunities to indulge in an array of ‘disease foods,’ here are some good strategies: (a) eat healthy foods before you leave for the party; (b) bring some healthy munchies yourself – look at it as an opportunity to share how great a Paleo diet style can be; (c) when eating at a party, focus on eating the veggies and other healthy, nutrient-dense foods first; that way, your appetite will be satiated before hitting the desserts or other non-food health ‘derailleurs’.

You can do it!

Yours in health, Dr. Paul