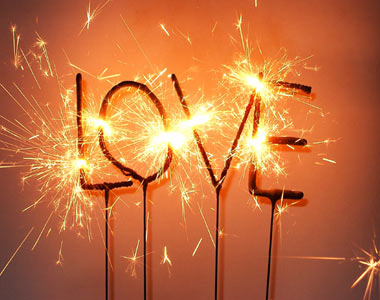 There is a story, a very old story, about a man whose brothers were jealous of him because he was the youngest and their father’s favored son.  They filled their hearts with hatred and jealousy and plotted against their brother.  When the opportunity came, they threw their brother into a pit and sold him as a slave.  Many years later, this brother became the king of Egypt.  When a famine struck the land, those same brothers traveled to Egypt to ask the king for food.  Imagine their surprise when they found that the brother they had cast into the pit and sold into slavery was now the very man they were begging for food.  Wouldn’t you think that this brother had every right to be furious with his brothers?  This was his big chance to teach them a lesson!  He could have mocked them, cast them out of Egypt, or had them tortured and killed.  But instead, he chose the way of love and forgiveness.  He chose to welcome them with open arms and to help them.  They wept together and their family was united once again.  Unconditional love is not something that just automatically happens – it is sometimes a choice that must be made.

What would it have profited the brother to respond in hatred and anger?  The Buddha said “Holding on to anger is like grasping a hot coal with the intent of throwing it at someone else; you are the one who gets burned.”  By choosing the path of love and forgiveness, the brother chose the path of health and emotional well being.  As we strive towards wellness and health, we must be aware of the fact that our feelings and emotions have a direct impact on our stress and emotional well being.

One of the tenants of the Christian faith is that all Christians should love their enemies and pray for those who hate them (Luke 6:27).  Maximus the Confessor stated that Jesus commanded this “so that he might free you from hatred, sadness, anger and grudges, and might grant you the greatest possession of all, perfect love.”  Love saves us from the pain and heartache associated with hatred, sadness, anger, jealousy and other emotions that take us further from goodness, happiness and well being.

Chemical Effects of Love
We know that physical touch between two people who care for each other (friends, lovers, parents and children) has an effect on a person’s body chemistry.  At the center of how our bodies respond to love and affection is a hormone called oxytocin.  Oxytocin makes us feel good by acting through the dopamine reward system.  However, “Oxytocin does more than make us feel good.  It lowers the levels of stress hormones in the body, reducing blood pressure, improving mood, increasing tolerance for pain, and perhaps even speeding how fast wounds heal.  It also seems to play an important role in our relationships.”

Research has shown that when people feel socially isolated or cut off from familiar figures, the brain shuts off endorphin production.  Most adults feel some anxiety when separated from people they love, and some sense of increased security when their closest relationships are stable.

We also know that showing love to others in your community can provide health benefits.  “The Institute for the Advancement of Health conducted two surveys involving a total of 1,746 people who did volunteer work.  Results showed that just helping out in the community offered relief from pain related to stress-sensitive conditions like multiple sclerosis, and headaches, and lupus.  Researchers suggested effects were due to relaxation and endorphin release.”

Choosing to love someone is sometimes very easy and can even feel natural, but it can sometimes be a huge challenge.  While it might be easy to love your child, even when they make poor choices, it might be harder to love your coworker who consistently undermines you, or your annoying cousin who always drops by unannounced.  But remember that unconditional love benefits not only the person you choose to love, but yourself as well.

Challenge yourself to focus on love today.  Think about the people in your life who hold unconditional love as a core value.  Think about the people who have always shown unconditional love to you.  Note how their personal relationships are affected, and observe their stress levels and general outlook on life.  Make a decision today to move away from feelings of anger, jealousy, judgment or hatred, and move towards forgiveness, happiness and love.  Remember that you have control over how you feel, and refuse to let others bring you down.  Try to love others the way you would like to be loved.  Make small changes daily and you will find yourself feeling healthier, happier and better adjusted!