A growing concern over the effects of human activity on the world around us has been occurring for several decades.  Some topics, such as Global Warming, have received volumes of conversation.  Others, such as the much more tangible Great Pacific Garbage Patch, have received very little. 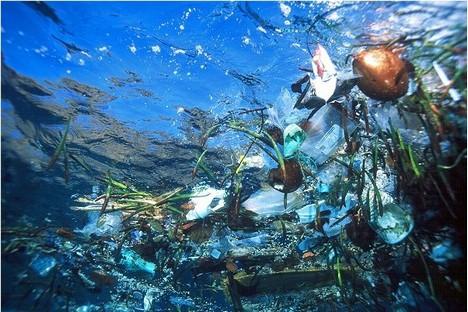 The Great Pacific Garbage Patch is the name given to a huge area of the Pacific Ocean that has collected an estimated 100 million tons of floating plastic.  The plastic has accumulated from various man-made sources, and has been concentrated by natural ocean currents into multiple large areas.  The largest, in the northern Pacific Ocean, is twice the surface area of the state of Texas.

A recent article in The Independent was one of the stories that brought this massive floating trash problem to mainstream consciousness in 2008.  It describes a racing yacht traveling through the Great Pacific Garbage Patch, and the astonished captain.  “Mr Moore, a former sailor, came across the sea of waste by chance in 1997, while taking a short cut home from a Los Angeles-to-Hawaii yacht race.  He had steered his craft into the “North Pacific gyre” – a vortex where the ocean circulates slowly because of little wind and extreme high pressure systems.  Usually sailors avoid it.

He was astonished to find himself surrounded by rubbish, day after day, thousands of miles from land.  “Every time I came on deck, there was trash floating by,” he said in an interview.  “How could we have fouled such a huge area?  How could this go on for a week?”

Since discovery of the extent of the problem, the wealthy Mr. Charles Moore and many teams of researchers and activists have been studying and cataloguing the problem, and working to prevent the Garbage Patch from getting worse.  More importantly, efforts are underway to begin cleanup. [click here to read about the Great Pacific Garbage Patch cleanup]

As the plastic breaks down into smaller and smaller particles, it is consumed by sea life, killing fish, birds and micro-organisms.  Of course, as these small plastic particles are eaten by sea life, it not only affects plant and animal life, but humans as well.  The plastic, which contains known harmful compounds like BPA, also absorbs environmental pollutants like DDT and PCBs, which then is funneled into our food supply by marine life.

Rather than continuously using plastic bottles, get a high quality canteen that you can keep and use permanently.  Refill it and take it with you so you will always have a good supply of quality, clean water.  It will be cheaper, better for you, and better for the environment.  We recommend a high quality aluminum canteen like Kleen Kanteen.