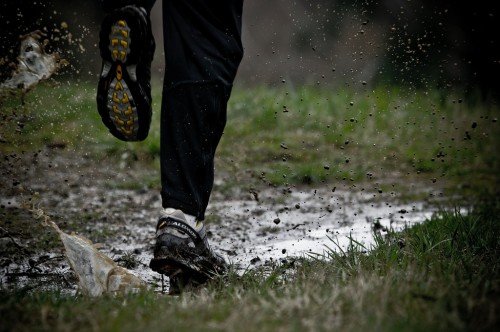 Like oxygen, your body has genetic needs that, when met, enable it to express health.  Without the essential elements, your body – and your health – suffer.  We use a bonfire as an analogy – in that the burning of a bonfire is a chain reaction of oxygen and heat combined with fuel.  The energy of a bonfire sustains itself as long as all three components are present.  When any of the three diminishes, the flame begins to dim.  To keep burning bright, you need to give your body everything it needs!

Learning the essential elements of a genetically congruent lifestyle is vital to your health.  Because having a true understanding of these essential elements then allows the vital behaviors to take place – that is, you making the specific lifestyle choices that will allow you to regain and experience optimal health.

There are three points to understanding the concept of a genetically congruent lifestyle:

1.  You are genetically programmed for health.

2.  Your body has specific genetic needs that must be provided by your lifestyle choices.

Your body is in a state of constant repair.  Think about how your body constantly strives to repair and maintain a state of balance.  When you cut yourself, how often does it heal?  Every time, does it not?  And this is the same for every person, in fact every living thing, regardless of age.  Our bodies are in a constant state of breakdown and repair.  In fact, over 50,000 of your cells have died and been replaced as you’ve read this sentence.

The ability of this repair process to create health is determined by how well the essential elements that your body receives meet your body’s genetic needs.  Unfortunately today, a common misconception is that we are destined to develop sickness and disease as we age.  Truth be told, heart disease and cancer are not inevitable, no matter what age we achieve.  These chronic diseases, commonly called diseases of affluence, are a result of living a lifestyle that is out of sync with the genetic needs of our bodies as human beings.

The world-wide epidemic of chronic disease is something that is not found regardless of age when we live a genetically congruent lifestyle.  “Historical and archaeological evidence shows hunter-gatherers generally to be lean, fit, and largely free from signs and symptoms of chronic diseases,” according to Dr. Loren Cordain, professor at Colorado State University in this article from the Mayo Clinic Proceedings.

Where do these diseases – and their massive rise in rates across the globe – come from?  According to the World Health Organization, “The major risk factors for chronic disease are an unhealthy diet, physical inactivity, and tobacco use.  If the major risk factors for chronic disease were eliminated, at least 80% of heart disease, stroke and type 2 diabetes would be prevented; and 40% of cancer would be prevented.”

Chronic diseases, which are the number one killer not only in the US but world-wide, are not genetic in origin.  Rather, they are the result of our genetically incongruent lifestyle choices.  Our genes are programmed for health, not sickness.

What About Genetic Diseases?

People often tell us as health care providers that “I have this problem because my parents had it.”  Yet there is no evidence that because a relative had a chronic disease, that you will have it as well.

In fact, only less than 3% of disease states have a solely genetic basis.  North California’s Life Sciences Association has this to say regarding the prevalence of diseases that are truly genetic:

“Currently there are about 4,000 known genetic disorders, with new ones discovered every year. The vast majorities of the disorders are quite rare, and affect only one out of several thousand or million people.”

And even in these people with true genetic disease, the body still strives toward health in all of its other functions.  See this compelling story of a young woman with the most common of the genetic disorders, Cystic Fibrosis.

What is Genetically Congruent Living?

Modern humans refer to the period of time in human history that dates back to 50,000 years ago.  However, that is a very small amount of time relative to the hundreds of thousands of generations prior.  From Dr. James O’Keefe and Dr. Loren Cordain:

“Although the human genome has remained largely unchanged (DNA evidence documents relatively little change in the genome during the past 10,000 years), our diet and lifestyle have become progressively more divergent from those of our ancient ancestors. These maladaptive changes began approximately 10,000 years ago with the advent of the agricultural revolution and have been accelerating in recent decades. Socially, we are a people of the 21st century, but genetically we remain citizens of the Paleolithic era.”

This means that our bodies developed very specific genetic needs in a period of time that is much different from today.  Key differences include dietary intake in amounts and content, amounts and types of movement, and vast differences in social interaction, belief systems and stress levels.  In other words:  in how we eat, move and think.  In brief, we are designed to consume for fuel and not for fun, to move more and better, and to experience stable social support, rather than constant chronic stress.

Specifically, we walked 8-12 miles a day.  We moved over terrain in search of available food that we could gather and hunt.  We carried or dragged food and raw materials.  We ran after prey and from predators.  Once we caught it, we ate it – meaning our food was fresh and earned.

We also lived in groups of not more than 150, and typically stayed in one specific land area our entire lives.  And in those groups, we had belief systems that explained the behavior of the world around us.  These basics are imprinted on our DNA and define what we need to be healthy.

How Do Our Genes Influence Our Body?

As our bodies developed in the womb, every cell is sensitive to signals sent from the surrounding cells and from the mother’s body.  These signals from the environment are what determine the type of activity the cell will have in your body when it becomes formed.  This process is called gene expression.  The signals that your cells receive determine which genes are expressed.  In short, your cells respond to the environment by translating environmental signals in the form of turning certain genes on and certain genes off.

The way that genes direct the function of your body is by acting as a template for the production of proteins.  Proteins in turn act as structural components and also play a key role as enzymes that drive the vast majority of chemical reactions in your body.  So genes do very little directly, but they act as blueprints for the range of chemical compounds your body can make.

This same process of chemical reactions happens to your body after you are born.  Your nerve system, endocrine system and immune system are all involved in detecting changes to your cells’ environment, both from inside and outside your body.  This information is sent via messenger to the cell’s nucleus, where it influences what genes are expressed (turned on or off).  So the cellular machinery responsible for everything from fat storage to fat breakdown, and cell division to DNA repair, is a complicated interaction between the hard-wired capabilities of your genes and the signals they receive from your environment.  To see a powerful example of epigenetics, see how these mice, genetic altered to be obese, became normal healthy weight again – through living a genetically congruent life.