FLU SHOT SEASON – HERE WE GO AGAIN. I can’t believe the … mistruths that crop up every year at this time. You hear it on the radio, and everywhere you drive you see the signs at the ubiquitous drug stores: FLU SHOT – NO APPOINTMENT NECESSARY … it makes me want to scream. 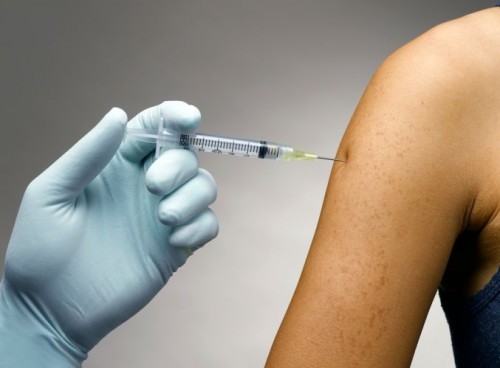 2)  You’re more likely to get the flu this winter from GETTING a flu shot than if you choose not to get one.2

3)  You can more easily and more effectively avoid the flu with health-promoting lifestyle choices.

Not only do flu shots NOT provide increased immune function/protection (“…inactivated influenza virus vaccines have not been correlated with protection from influenza virus infection.” 1), but flu shots have been shown to INCREASE YOUR CHANCES of getting the flu.2   I know, those statements seem to fly in the face of conventional wisdom (similar to the uncommon but true concept that eating fat is healthy and cholesterol is good for you), but the truth is that our bodies are genetically programmed to resist ‘bugs’ such as cold and flu viruses and as history continues to demonstrate and the scientific research supports, when man tries to manipulate the body’s sophisticated, intelligent, refined-over-eons-of-time, immune response through chemical drug intervention, it rarely produces a successful outcome.  And flu shots have been consistently shown to not work as they’re advertised3 – and boy are they advertised. The latest and greatest flu shot is the Fluzone High-Dose Vaccine. It’s now in your medical doctor’s office and on the shelves of your local pharmacy.  This “new and improved” toxic injection is being marketed to adults 65 and older (toxic meaning, like all vaccines, the flu shot is formulated with toxic chemicals such as formaldehyde and octylphenol ethoxylate, which should never enter the human body, along with adjuvant ingredients such as gelatin and egg protein which, when introduced directly into the bloodstream versus the normal pathway of digestion, pose a serious risk of allergic to anaphylactic reactions4).  By the way, neither regular Fluzone or Fluzone High-Dose have NOT been evaluated for their ability to cause cancer.5 This new pharmaceutical creation has four times the concentration of a “regular” flu shot (hence the High-Dose name).  So that’s four times the potential for depressed total immune function. However, there’s “… no data demonstrating clinically relevant prevention … using a higher dose”.6

DO THIS: Here’s the best way to avoid getting the flu. The following strategies will bolster your body’s immune system and realistically decrease your chances of getting the flu (or a cold for that manner):

UPDATE: Pharma company Roche comes under fire for biased data regarding the efficacy and safety of Tamiflu, its blockbuster flu treatment drug. In an open letter from Fiona Godlee, editor in chief of the prestigious British Medical Journal, Roche gets called on the carpet because “…eight of the 10 randomised controlled trials on which effectiveness claims were based were never published and because the only two that had been published were funded by Roche and authored by Roche employees and external experts paid by Roche, the evidence could not be relied on”.16 Then, to emphasize the deep concern over this break in integrity, the BMJ announced that  “…as part of its ongoing open data campaign, has launched a dedicated website aimed at persuading Roche to give doctors and patients access to the full data on oseltamivir (Tamiflu).” (Did you catch that, “a dedicated website”)

“The new site, www.bmj.com/tamiflu, displays emails and letters dating back to September 2009, when researcher Tom Jefferson first asked the company for the unpublished dataset used in a Roche supported analysis, published in 2003.17

Remember, if you happen to get the flu, it’s not the end of the world; yes, it’s uncomfortable and inconvenient, but contrary to medical propaganda, it’s extraordinarily rare for a person to suffer serious consequences from having the flu. Getting colds and the flu are part of life. Yes, we should fight like hell to strengthen our immune system and certainly not resign ourselves to ‘getting the flu’, but flu shots come with enormous risk and absolutely no benefit to you (only to the drug companies who manufacture them and the drug stores who promote them). Don’ succumb to the propaganda – your life hangs in the balance!

Yours in health, Dr. Paul